Tricky the clown is one of the main characters from the animated series called Madness Combat. He was a secondary character at first but when he received the improbability drive he became a true assassin. An improbability drive is a device that is used to bend time and space which confuses the opponent. Due to this device, he has the most advantage as he can run and jump at very high speeds. He can achieve lighting speeds with this device. He can also revive multiple times with the help of it. He was defeated and killed 14 times in total, 12 times by Hank alone. Tricky is weaker than most of the combat characters but the improbability drive makes him strong, vicious, and unmerciful. Despite all of the bad, he has shown a softer side of himself in the series. But he was always ruthless with Hank and never showed mercy to him. He likes to sing and likes to play DJs sometimes.

Tricky the Clown Costume from Madness Combat is a great choice for Halloween and Cosplay. If you and your friends are fans of the Madness Combat series and the game then you should definitely do cosplay with your friend or solo. Tricky The Clown Costume includes a bald cap(as tricky is half bald), a red clown wig, green face paint, pointed teeth, a mask, a grey colored combat shirt, grey-colored combat pants, a neck gaiter, a pair of green-colored gloves, and a pair of navy blue blue-colored shoes.

Wear this Blad cap as Tricky The Clown is shown bald in the series.

Get this clown wig and make it look like Tricky The Clown with the help of some hair gel.

Use this green color stick to paint your face. This method is easy than the traditional method of painting the face.

Wear these pointed teeth if you are not wearing the mask.

Get this digital mask and put a plain grey image on it. It will act as the mask which will look similar to what Tricky The Clown wears.

Tricky The Clown is shown to wear grey-colored clothes, so get this grey combat shirt for the combat character costume.

Get this neck gaiter and wear it when you are not wearing the mask.

You can paint your hands green with the green-colored face paint above, but if you do not want a mess then get these green gloves.

Wear these navy blue-colored shoes at the end to complete Tricky The Clown Costume. 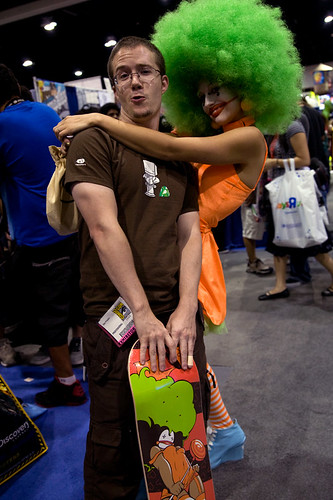 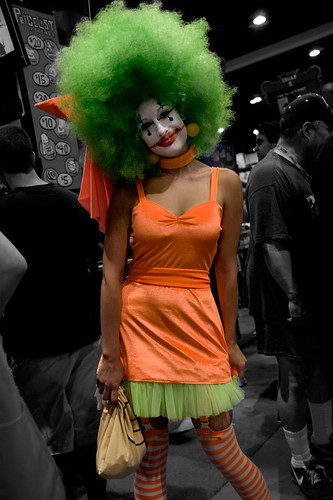 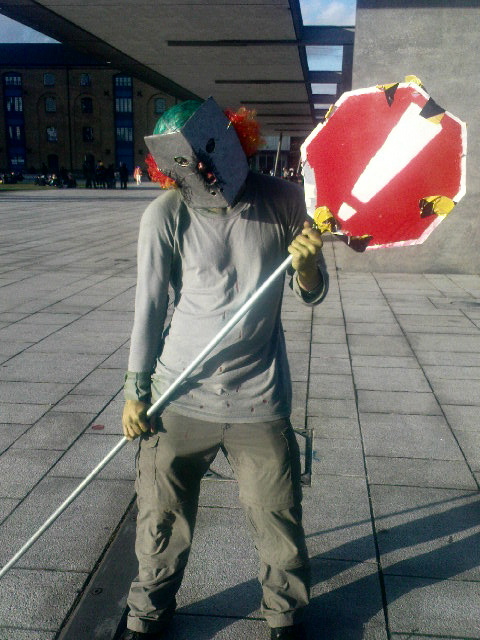 Tricky Cosplay by Metal-kiwi on Newgrounds