Blink-182 is a rock band started in 1992. The album called Enema of the state was a major breakthrough for Blink-182 band and continued success. It was the third studio album which was released in 1999, June 1. In the album the nurse role was played by a nude model “Janine Lindemulder”. As a nurse she wore a exotic dress showing her cleavage, a long white tights and red shoes. The nurse also wore a Blink-182 patch near her chest.

If you are a fan of Blink-182 rock band then Blink-182 Nurse costume is perfect idea for Halloween or Cosplay parties. This costume includes a laced red colored push-up bra, a sexy nurse dress, a white suspender tights, a Blink-182 Patch, blue-colored medical gloves, a temporary butterfly tattoo, and a pair of red-colored shoes.

Get this laced push-up bra which looks similar to what Blink-182 nurse wears in album cover.

Get this sexy nurse dress which is similar to Blink-182’s nurse.

She also wore a suspender tights which looks similar to this one.

Blink-182’s nurse also wore a “blink-182-” patch on her dress which look exactly like this.

In the back photo of the album cover, Janine was seen wearing and stretching a blue medical glove of her right hand.

Below the gloves we can see a butterfly tattoo on her right hand.

To look more sexy in the album cover photo Janine wore a red colored heel shoes similar to this. 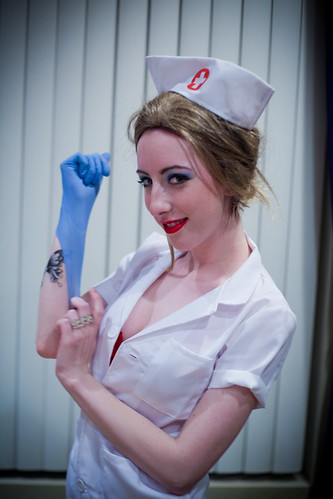 Please don't use this image on websites, blogs or other media without my explicit permission. © All rights reserved. 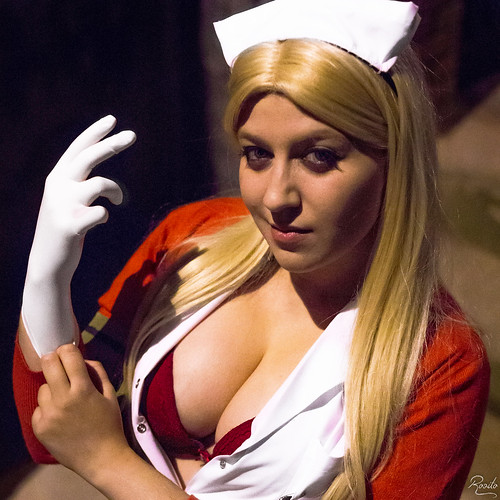 "Let Me Live Cosplay"'s dressed as the nurse from the blink-182 album cover Enema Of The State. 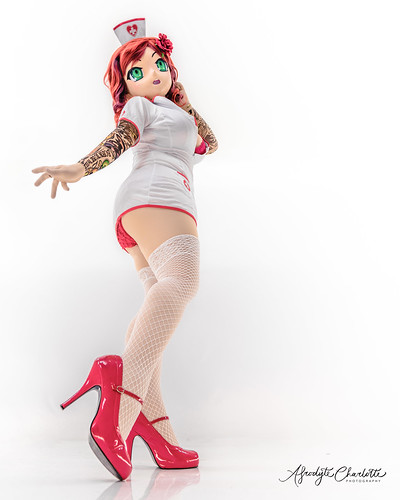 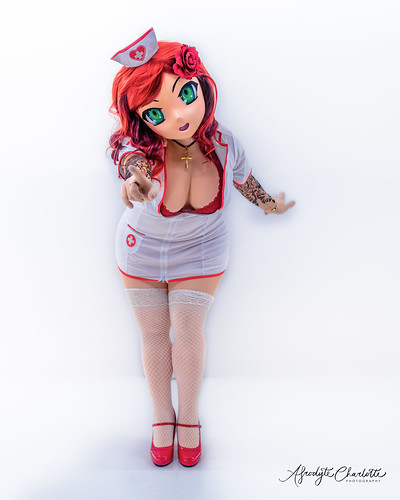 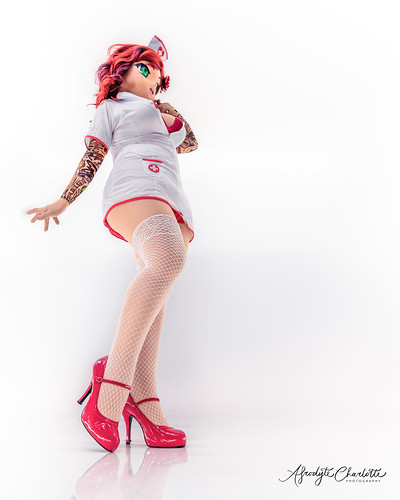 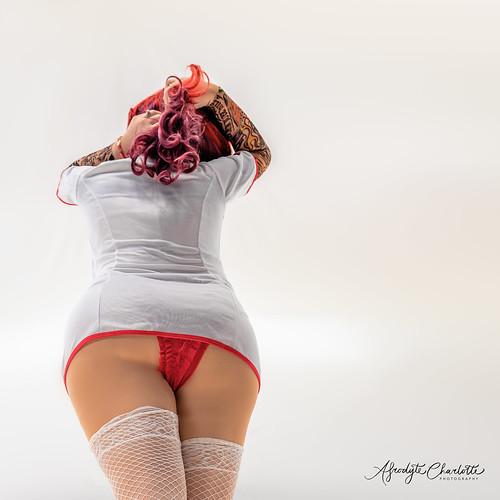