Wybie is one of the main characters in the movie “Coraline”. His full name is Wyborn Lovat. Wybie is an 11-year-old boy who is always seen as nervous and anxious. He is geeky and likes to make new gadgets for his self-help. He has a very bad body posture.

He is a friend of Coraline and he helps her throughout the journey. Wybie is the grandson of Mrs. Lovat who is also the Landlady of Coraline. He is a lot different from Coraline and Coraline insults him every time they meet. They both first met when Coraline was in the search of the old well. Mrs. Lovat had a sister who went missing years ago. Wybie believed that she ran away from The Pink Palace Apartments. When Coraline found out about the other world. Wybie never believed her. The witch named Beldam ruled the other world and wanted Coraline to stay in another world forever. When Coraline finally returns back from the witch trap in the real world, a needle hand chased her and Wybie came and saved Coraline by destroying the hand with a huge rock. Later they explained the whole story to Mrs. Lovat.

Wear this white T-shirt inside first.

Get this Wybie raincoat which has a long collar and reflective lining throughout.

Wear these black gloves which have skeleton bones printed on the top. Similar to what Wybie is seen wearing in the movie.

To complete the costume, wear these black-colored shoes which look similar to Wybie’s shoes.

Get the black-colored welding mask and paint it with a white acrylic color similar to Wybie’s mask. Use a white pencil to draw the outline first and then paint the mask with acrylic color, as shown in the video.

Wear these button-shaped eyeglasses which will resemble a doppelgänger of the real Wybie.

Use this acrylic color to paint the welding mask above. 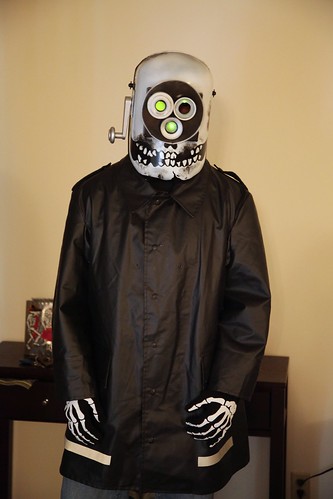 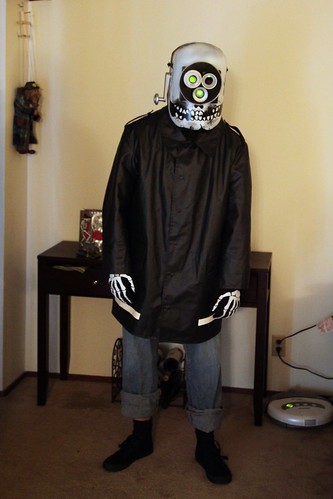 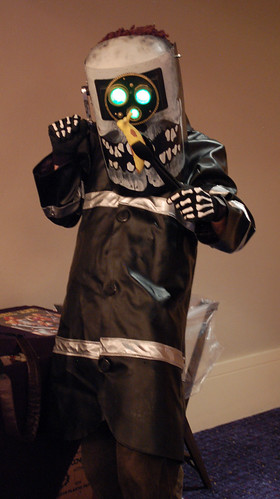 Alex, my mother and I braved the insanity that was DragonCon. We were amongst a crowd of 50,000 people, spread out across four enormous mid-city hotels. It was overwhelming, we met celebrities and saw presentations... 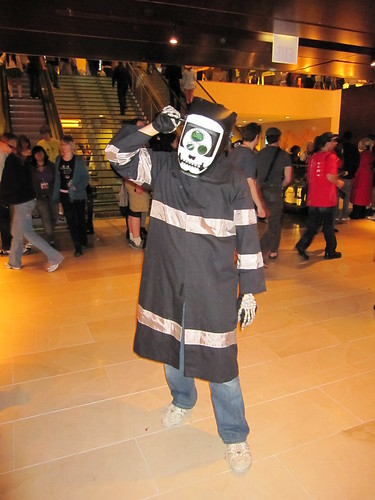 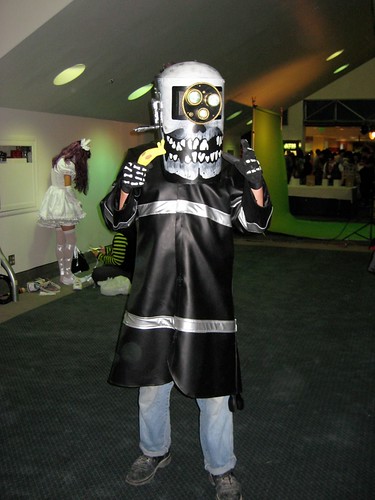 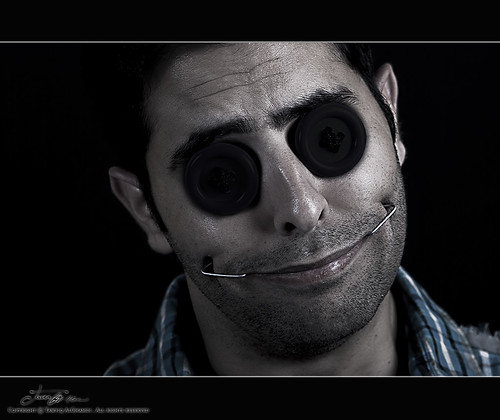 
Sometimes they want to make us like little dolls. They want us to force... 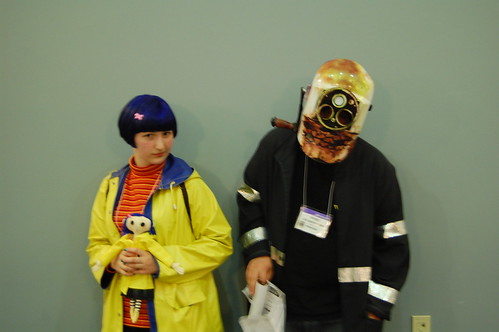 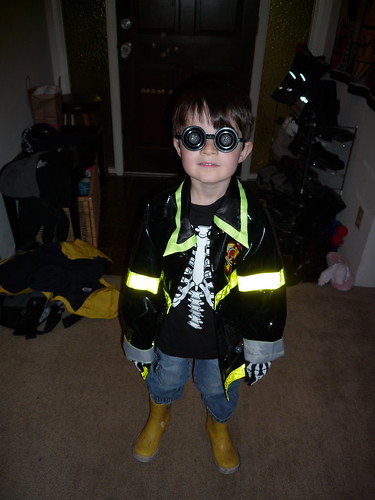 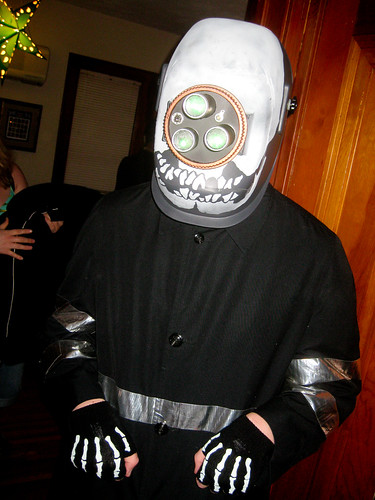 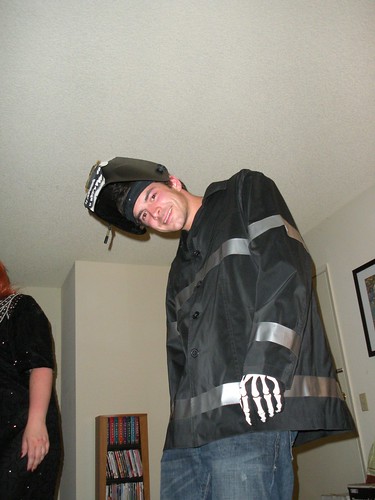 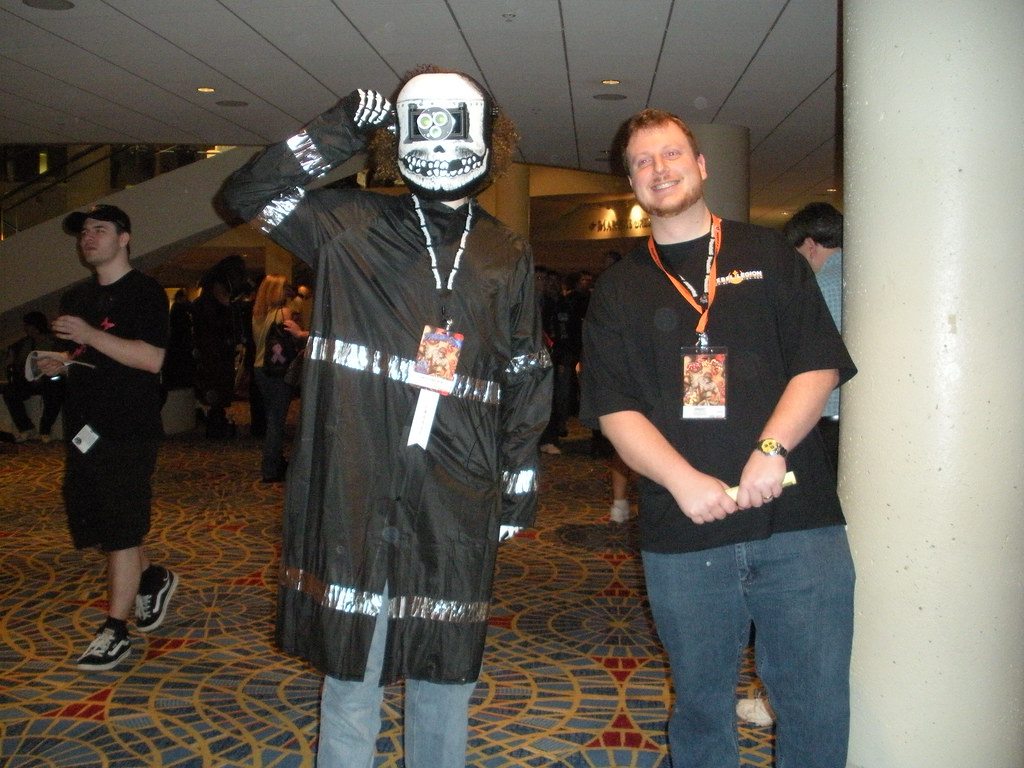